Division of Pensions and Retirement Accounts In a Florida Divorce 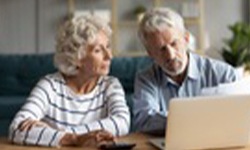 Generally speaking, all benefits and funds accumulated during the marriage in retirement accounts, pensions, profit-sharing plans, annuities, deferred compensation and insurance plans are considered marital assets and subject to equal division during a divorce proceeding.  If one of these assets is determined to be non-marital, then said asset is considered the owner spouse’s separate asset, and it is not divided between the parties.

Many accounts will be easily identified as marital property and divided with little difficulty, while others may be much more complicated due to difficulties in determining the value of accounts on the date of marriage, which may have been many years ago. For example, one or both spouses may have 401(K) and IRA accounts which were in existence prior to the marriage, but they continued to make contributions during the marriage.  In these situations, financial advisors or other appropriate experts are engaged to determine the present fair market value of the pre-marital component of the account to make sure that said component is set aside as the owner spouse’s non-marital property.

Pensions can be a hotly contested issue in a divorce case. Because many pensions were earned before and during the marriage, the challenge is valuing the pre-marital component and carving it out of the marital estate. Often times documentation must be subpoenaed from the plan administrator, and actuaries must be retained to value the non-marital portion of the pension. After this pre-marital component is valued, it is set aside to the employee spouse, and only the marital portion is split between the divorcing spouses. Survivor benefits are valuable assets which are valued and factored into equitable distribution scheme.

Pensions and certain qualified retirement plans must be distributed by way of a qualified domestic relations order (QDRO,) which is a specialized order entered subsequent to the final judgment. If all or a part of an IRA, 401K, or similar tax deferred asset is “rolled” from the owner spouse’s account to a retirement account in the other spouse’s name after the final judgment, then the distribution is non-taxable and free of penalties.

I’ve been helping divorcing spouses divide their pensions and retirement accounts for almost 40 years. I’m board certified in divorce and family law by the Florida Bar.  If you are considering a divorce or have been served with a petition for dissolution of marriage, contact me to discuss your case and get my opinion. My office is located in Daytona Beach, and I handle cases in Volusia, Flagler, St. Johns, Putnam, Brevard and Seminole Counties.  You can call me at 386-257-1222 or write me at  PaulRice@RiceLawFlorida.com.  Let my experience and expertise secure your financial future.