The Human factor in Condo Safety 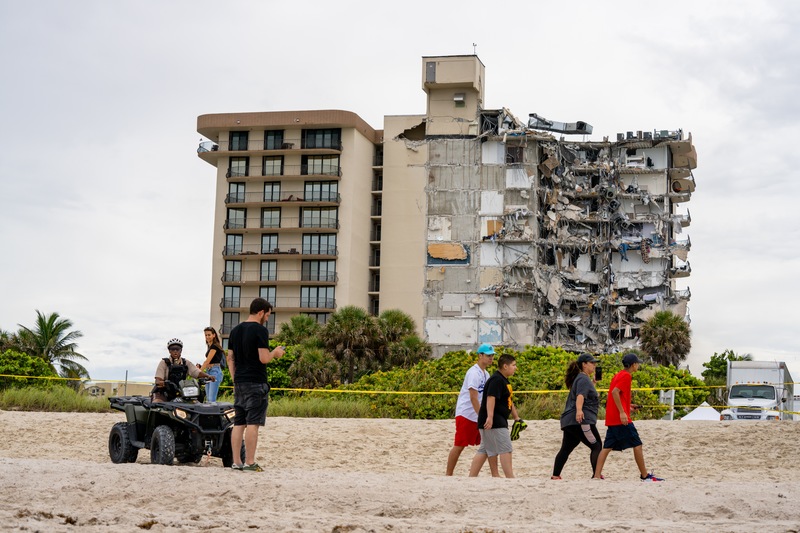 Following the tragic collapse of Champlain Towers South in Surfside, substantial scrutiny will be applied to the condominium association’s board of directors, and perhaps rightfully so. But as an attorney who focuses a large portion of his practice on condominium law (I have the thinning hair to prove it), I would say this catastrophe is merely a symptom of the greater disease – a broken system asking too much from its directors. In Florida, associations, acting through their peer‑elected directors, are tasked with maintaining the common elements of a condominium.  This usually includes all parts of the condominium not within the units, including elements that support the building.

Maintenance is rarely inexpensive.  Florida law requires that every association’s budget set aside a portion for capital expenses and deferred maintenance, but the Condominium Act gives directors the authority to evaluate the estimated useful life of an item, the approximate cost of its replacement and the amount that needs to be allocated in each year’s budget.

Alarmingly, reserves for capital expenditures and deferred maintenance can be waived by a vote of the membership which essentially amounts to self‑insurance.  Certain members are much like Popeye’s J. Wellington Wimpy: They would gladly waive funding the reserves today for the promise of a contribution on Tuesday.

So, while some associations have well‑funded reserves, others find their coffers lacking.  There are also those who face shortfalls due to unanticipated deterioration, or a casualty loss not entirely covered by insurance.  When funds are insufficient, directors turn to special assessments which are levied against individual owners of condos.

We are living during a period of history wherein not all participants in our society would agree that the sun rises in the east, or that the earth is round.  Imagine trying to reach a consensus among hundreds of owners that work needs to occur ‑‑ despite an individual price tag in the tens of thousands of dollars.  Yes, directors are the ones who ultimately pull the trigger. They are given deference provided they use “reasonable business judgment.”

But that doesn’t protect them from being metaphorically tarred and feathered for unpopular assessments, or from becoming weary of instituting collection efforts against their friends and neighbors.  If an owner is unable to pay the assessment, the board places a lien on their unit and  can proceed with a foreclosure which could culminate with the unit sold to the highest bidder.

It is not a method by which you make friends and influence people.

But that is what directors get paid the “big bucks” to do, right?  Nope. While yours truly gets compensated for my time and effort, directors do not.  They are volunteers, and many end up serving consecutive terms as others are (understandably) unwilling to step to the plate.  I have personally been involved in the bloodletting of building maintenance more times than I care to remember and all it takes is one unhappy owner to grind progress to a halt.  Multi‑year lawsuits are filed, injunctions are sought, and recalls abound.  The allegations are never pretty, and sometimes the directors (lovingly referred to as rogue fascists, communists, or dictators) are sued in their individual capacity.

Only a few years ago one local association was sued because its directors removed a weight machine that had reached the end of its useful life without undertaking an allegedly required vote of the entire membership.  The amount in controversy was probably less than $1,000, no assessments were involved, and yet someone felt as though it was worth taking the matter to court.  Legal fees stemming from maintenance disputes can rapidly surpass six figures and make the prospect of perseverance even more unattractive.

I have also witnessed numerous instances of members voting to amend their governing documents to shift maintenance responsibility wherever and whenever possible.  Doors and windows commonly fall victim to such predominantly lawful, although ill‑advised, tactics despite contributing to the safety of the building.  Any method by which the association can reduce payments toward deferred maintenance and improvements will find support from the crowd that refuses to buy green bananas knowing they may not be around to enjoy them.

So often, this toxic environment leads to resignations from the directors  — who either have fulltime jobs or are attempting to enjoy their retirement.  Sabers rattle while the silence from power tools is deafening.

This is an area of the law which requires prompt reform.  There should be no option to waive or partially fund reserves and the Legislature needs create a precise formula for funding.  Buildings should be inspected at least every 25 years, or following certain defined casualty losses.  Most importantly, the decision to maintain or repair common elements contributing to the support of the building should be made by officials who are trained, paid and immune from the stresses and landmines that come with communal living and self‑governance.  There is no perfect solution, but we need to be as focused on the cracks in the system as we are in the cracks in our buildings.  The warnings signs abound.

Featured in the News Journal