Stop, Collaborate and Listen: An Overview of Mediation

During the 1980s, a scholar, poet, and overall gentlemen by the name of Vanilla Ice released the hit single, “Ice, Ice, Baby.”  For those who know the song, it opens with Vanilla Ice emphatically shouting, “stop, collaborate and listen.”  While Ice, Ice, Baby had nothing to do with the Florida legal system, or the method of alternative dispute resolution referred to as mediation, there is a certain amount of hidden wisdom behind the idea that most are better off when temporarily put aside their differences, discuss an underlying issue, and collaborate to achieve a beneficial result.

Mediation is a method of dispute resolution involving supervised settlement discussions between the parties, their attorneys, and a neutral third party known as the mediator.  The mediator is almost always a well-versed, experienced attorney (sometimes a former judge) who has no stake in the outcome of the case and can offer suggestions as to how the case can be resolved without the expense and uncertainty of a trial.  The objective of a mediation is for the parties to reach a mutually acceptable agreement that will bring the case to its conclusion.

A mediation can occur at any point before a case goes to trial, but often takes place after discovery is completed.  This is so that both sides are well versed as to the evidence that will be used at trial which can help everyone involved evaluate the likelihood of success or failure.  Parties may voluntarily agree to submit a dispute to resolution, one of the parties may move for an order requiring mediation, or a judge may unilaterally order that a mediation take place.  Most courts require, as a matter of procedure, that a mediation occur prior to the case proceeding to trial.

Mediation is a very valuable tool in that the parties can often craft a flexible resolution that might otherwise not be permissible, attorneys’ fees are often substantially less, and the desired outcome will almost certainly be achieved faster than having to go through the standard procedural hurdles.  For instance, even if you obtain a monetary judgment following trial you still have to go through collection efforts.  If you reach a settlement at mediation you will almost always receive the agreed upon amount within one week.

Mediations are such a successful method of dispute resolution that many cases are now resolved outside of the court system.  The final advantage to holding a mediation is that even if the case is not resolved, all aspects of the mediation are confidential and the parties remain free to move forward with a judicial resolution.

Should you find yourself involved in a lawsuit in the future, do not hesitate to ask your attorney about the feasibility of conducting a mediation. 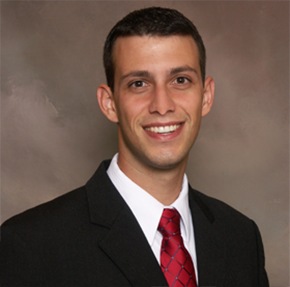