Should Internet Sales Be Taxed?

The following response by Jim Rose appeared on the November 27th Perspective page of the Daytona Beach News Journal: 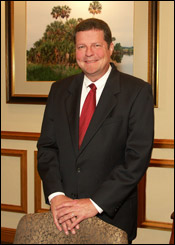 In response to the story on the sales tax not being charged to out-of-state retail­ers such as Amazon and Overstock.com, I am extremely disappointed in U.S. Rep. Ron DeSantis’ opposition to legislation that would require out-of-state businesses to collect sales tax for Internet sales made to Floridians.

Citizens of Florida are obligated under current law to pay the sales tax, but few do. Rep. DeSan­tis argues that allowing the state to tax businesses outside its borders would constitute “taxation without representa­tion.” This ridiculous argument fails to take into account that a) the tax is already due, although rarely collected; b) that the tax is on citizens of Florida who are represented by our politicians; and c) our politicians should be more concerned about the cit­izens of Florida, rather than out-of-state corporations.

Rep. DeSantis also stated that he did not want to go beyond the borders of states to “commandeer” businesses. The only business being “commandeered” are the sales at our local stores that are going out of state at the expense of our citizens.

Amazon, Overstock.com and other out­of-state Internet retailers do not pay any taxes toward the support of our citizens, pay nothing toward our schools or oth­er institutions, do not support charities such as the United Way of Volusia-Flagler Counties, nor support any other local insti­tutions. It is fundamentally unfair for our local business owners, who pay ad valor­em taxes and employ our local citizens, to not play on a level field with Amazon and other online merchants.

Our state is heavily dependent on the col­lection of sales tax to support the services provided by our government. Sales over the Internet are certainly going to increase in the coming years.

Recognition that the virtual presence of out-of-state Internet vendors in our state should require them to collect their fair share of sales tax to support the services of our citizens needs to come sooner rather than later.

Rose, of Ormond Beach, is an attorney.