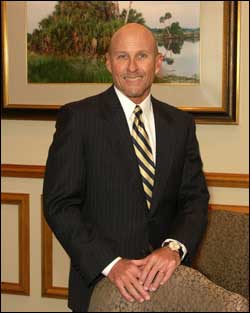 Paul Rice of the Rice Law Firm chaired a meeting of the City of Daytona Beach’s Nuisance Abatement Board on October 24, 2017 in the City Commission Chambers at City Hall.

Mr. Rice presided over a three hour hearing wherein the City’s Police Department presented evidence of drugs sales and possession on the property known as the J Food Store on North Ridgewood Avenue in Daytona Beach. After about two hours of testimony and evidence, the Nuisance Abatement Board declared the business to be nuisance. Thereafter, the police recommended sanctions such as enhanced security cameras, lighting and a security guard during high traffic times.

The business owners attended along with their attorney, and they were given the opportunity to cross examine witnesses and present their own evidence. Since the case against them began, the police acknowledged that the business owners had been very cooperative and had undertaken many of the security measures prior to the October 24th hearing. Unfortunately for the business owners, the police and the local residents, the area where the store is located is essentially Daytona Beach’s “skid row,” where homeless people, transients and the working poor tend to both traverse and congregate.