New Laws for Condos and HOAs 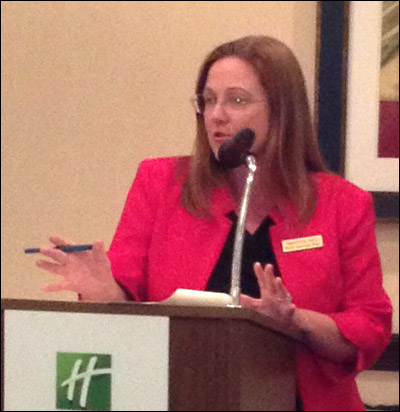 Recently, Christene M. Ertl, Esq. spoke to Volusia County’s Building Association Managers group to provide an update on the recent changes to Florida laws that will have a big impact on Condos and HOAs.  Most of these changes went into effect on July 1, 2013.

For example, in 2010 a new law was passed regarding elevator retrofitting upgrades and provided that all must be accomplished by July 1, 2015. This year, the legislature removed the deadline of July 1, 2015 and replaced it with the provision that the retrofitting must occur upon the replacement of the elevator or at such time a major modification to the elevator is upgraded. Another clarification or revision came with regard to Association directories. Previously, an owner had to “opt in” to be a part of/listed in the directory.  Now, a member/owner must “opt out” if they don’t want to be included in an Association directory.

The new laws also attempted to bring the various condominium provisions into the 21st century by allowing for portable devices to be used when reviewing, copying and inspecting Association records, instead of being limited to more costly physical copies. Portable devices permitted to be used include smartphones, tablets, portable scanners and other technology capable of scanning or taking photographs.

Finally, the Florida legislature has attempted to provide some relief to junior lienholders, such as condos and HOAs, who are caught up in mortgage foreclosures, which are proving to be a very expensive delay in receiving assessments. Specifically, the new law provides that if a junior lienholder (including a condominium or homeowners’ association) requests an order to show cause be entered, the judge shall immediately review the request and the court file in chambers and without a hearing and, if the file meets the requirements of the statute, the judge shall promptly issue an order directed at the other parties to show cause why a final judgment of foreclosure should not be entered.

However, as a practical tip – this does not always occur. There are many considerations to be made prior to the filing of the Order to Show Cause the procedure is not quite as simple.  A form Judgment must be attached to the Order to Show Cause, which can be difficult to prepare since the Judgment pertains to the bank and not the Association.  Basically, the Condo or HOA is not the Plaintiff.

To learn more about all of the new laws effecting Condos and HOA, please click here to review  the full legislative update recently presented by Christen M. Ertl, Esq.