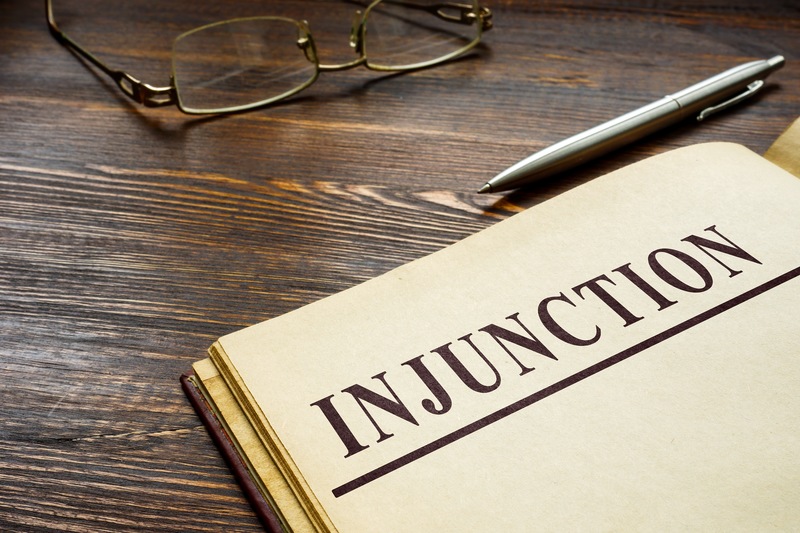 An Injunction was Denied/Issued: What Can I Do Next?

When a Judgment for an Injunction (A.K.A. “restraining order”) is issued against you or denied unfavorably, there can be many legal and personal pitfalls that follow. As the Petitioner, these can include safety concerns such as continued harassment, violence, or other negative behavior. As the Respondent, these can include criminal liability, effects on your employment, licensing concerns, and several other issues.

Within an Injunction proceeding, there is a Petitioner and a Respondent. The Petitioner is the party requesting the injunction and the Respondent is the party the injunction is being requested against. As the Petitioner, it is recommended that you have counsel to guide you through the process. As the Respondent, it is recommended that you seek out counsel immediately. It is exceptionally important that a capable, skilled and knowledgeable attorney is present to represent you at the hearing. However, if you find yourself with or without representation, and the results are unfavorable, there are additional options that are important to be informed of.

During or after an injunction hearing, there may be circumstances that arise which you would like the court to consider or circumstances which you would like reconsidered. In a civil proceeding, a party is able to file a Motion for Rehearing/Reconsideration under Florida law. However, any such motion must be filed within 15 days of the Final Judgment being filed with the Clerk of Court. Ultimately, the court will issue a ruling on the Motion for Rehearing/Reconsideration and any relief requested, whether favorable or unfavorable. However, these motions in injunction matters do not toll, (A.K.A. pause), the time frame allowed for a Notice to Appeal. Appellate processes are discussed below, but it is important to keep this in mind should you want to pursue further remedies after a Motion for Rehearing/Reconsideration.

Notice of Appeal and Other Appellate Remedies

After an unfavorable hearing, a party has a right to appeal the ruling to the appellate level. However, it is important to remember that there is a deadline for which a party can file a Notice of Appeal. A party has 30 days from the date the Final Judgment is filed with the Clerk of Court in which to file their Notice. It is important to remember that other remedies filed, such as a Motion for Rehearing or a Motion to Dissolve, do not toll, (A.K.A. pause), the window to file a Notice of Appeal. If a party intends to file an appeal, it must be done within 30 days of the filing of the Final Judgment. In addition to appealing a ruling granting or denying an injunction request, a party may also seek appellate remedies on rulings pertaining to continuances, modifications, or motions to dissolve. In seeking appellate remedies, it is important to remember that time is of the essence.

Motion to Modify or a Motion to Dissolve

Under Florida law, a party may move the court to modify or dissolve an injunction at any time and no specific allegations are required. However, many of the appellate courts have begun to view the issue of “specific allegations” as those which bring a change in circumstance such that the injunction, or one of its terms, is no longer necessary. While there are no bright-line rules as to the circumstances which may qualify, there are general circumstances in which these motions often arise. Generally, these motions are utilized in situations when a significant period of time has elapsed without violation, when the circumstances infer that a reasonable fear is no longer present, or the initial issues amongst the parties have since been remedied. While there is never a guarantee that a motion will be granted, this is a potential remedy to be aware of.

Since 1986, Rice Law has assisted clients in many areas of the law in the greater Daytona Beach and Volusia County areas. At the Rice Law Firm, we have handled numerous injunction cases for those within the Daytona Beach, Volusia County, and Flagler County areas. If you have questions or concerns regarding an injunction proceeding in Florida, contact us for a consultation regarding your options. Call 386-310-2914 to reach our Daytona Beach, Florida office.