A native of Ormond Beach, Florida, Mr. Shapiro graduated from Seabreeze High School.  Mr. Shapiro received his Juris Doctor degree from Florida International University where he graduated with honors and finished ranked in the top ten in his class.

As a law student, Mr. Shapiro was an associate member of his school’s law review and had the honor of having his comment selected for publication.  He received book awards, the highest grade in the class, in Legal Research and Writing, Employment Law, and Estate Planning.

During his undergraduate years, Mr. Shapiro attended Florida State University where he graduated with honors while majoring in History and Political Science.  Mr. Shapiro was actively involved in campus life, participating in Marching Chiefs and serving as vice president of his fraternity, Kappa Kappa Psi. 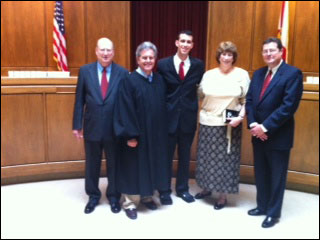